Muppadai Training Academy is a No.1 Defence Training Academy in Vellore, Tamil Nadu for Combined Defence Services Exam (CDSE) & National Defence Academy Exam (NDA) at Officer Cadre Level and also Entry Level – Soldier, Sailor & Airmen Exams Coaching Center. The Muppadai Academy is to make to reach the best coaching to candidates to top the exams, and set benchmarking standards in academic and physical training. Muppadai Academy is one of the Best Army-Navy-Airforce NDA CDSE Exams Coaching Centre Vellore, Tamil Nadu. The mission of Vision Defence is to bring out the best in candidates, making potential cadets into potential officers to join the elite Defence services protecting our country.

Muppadai Defense Academy is the Complete Physical Training Academy for students who wish to serve the armed forces of India. This is the place where all the three wings of the armed forces, army, air force and navy practice before they go for their pre-commissioning training in their service academies. Muppadai Training Academy is a Complete Physical Training Centre in Vellore for Indian Army, Navy, Air Force and Police Exams. The aim of Muppadai Academy is to impart quality education which is directly related to get a job after 10 +2 in Indian Army, Navy, Air force & Police. Muppadai Academy in Vellore is one of the pioneers in providing complete coaching for best results to the NDA aspirants giving these exams. Students from all over the Tamil Nadu come here for coaching and they have given a good word for this institution. Undoubtedly, Muppadai Training Academy has proven to be one of the Best Defence Coaching Institute in Vellore. 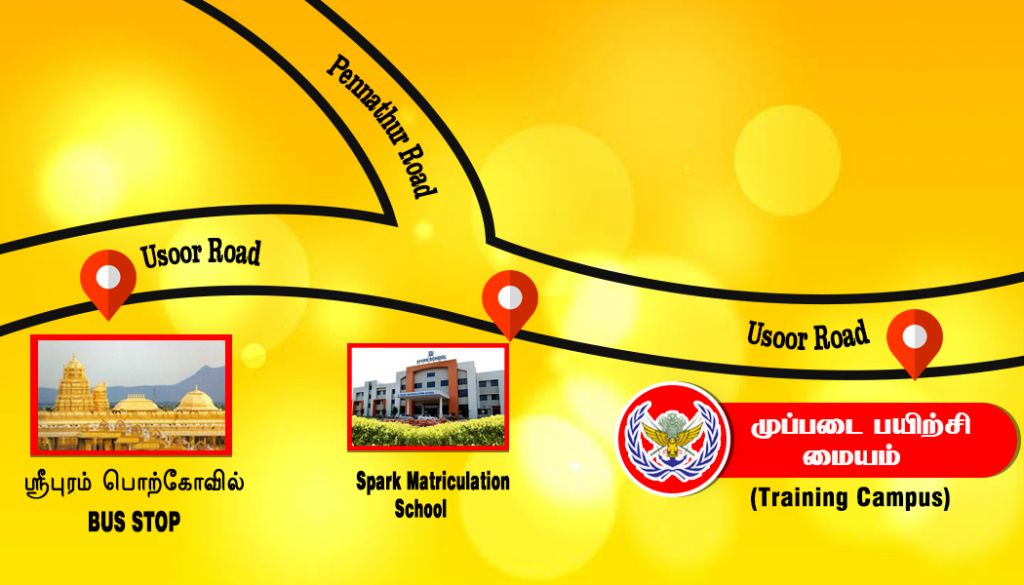